The 12th Annual Portland Jazz Festival Presented by Alaska Airlines is set to commence Wednesday, February 18 through Sunday, March 1 with a record number of 30 headline concerts at venues throughout the Portland metro region. The festival was co-founded in 2004 with Travel Portland to establish a cultural tourism initiative in the metro Portland area, and to celebrate Black History Month through education and outreach programming. 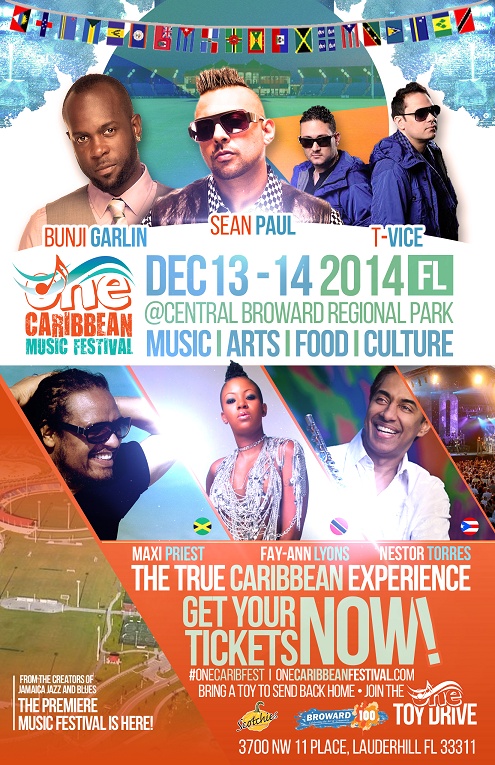 Broward 100 welcomes the inaugural ONE Caribbean Music Festival as part of its centennial activities. Positioned to be a star studded event, it will feature the multicultural cuisines, sounds and fusion of Kompa, Salsa, Reggae, and Soca at the Central Broward Regional Park on December 13 & 14, 2014

Ft. Lauderdale, FL (October 6, 2014) – A profusion of music, art, and Caribbean cuisine will provide an assortment of multicultural delights as world class international talent takes center stage at the ONE Caribbean Music Festival on December 13th & 14th, 2014 being held at the Central Broward Regional Park.