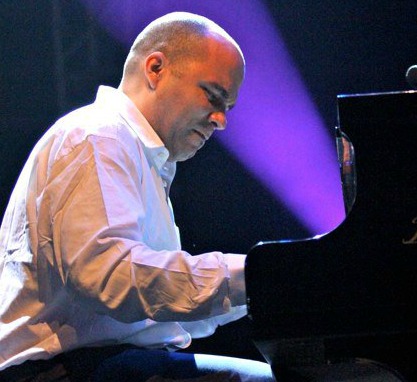 Celebrating the extraordinary heritage of Cuban music, acclaimed Cuban pianist Daniel Amat, accompanied by some of the most sought after Latin musicians in Los Angeles, will pay tribute to Cuba’s most prolific composers in a special concert, Friday, June 19th. The event will be held at the Mark Taper Forum in the Music Center, (located at 135 N. Grand Avenue,) in downtown Los Angeles from 8:00 p.m. to Daniel Amat at JavaJazz10:00 p.m. Showcasing the classical side of Cuban music,(reminiscent of the “Buena Vista Social Club”) from Contradanza to the Mambo, the concert will feature the music of Ignacio Cervantes,(1895-1963), Ernesto Lecuona,(1895-1963), and Israel ‘Cachao’ Lopez, (1918-2008),creator of the modern Mambo and and master of thedescarga, (improvised Cuban jam sessions).