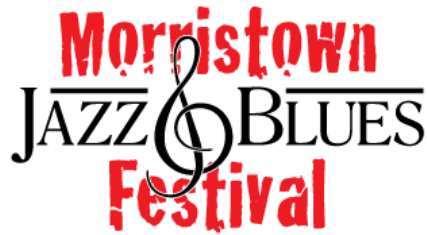 Morristown Mayor Tim Dougherty has announced the line-up for the sixth annual Morristown Jazz & Blues Festival to be held on the Green on Saturday, August 20, from noon until 10:00 p.m. This year’s free concert will celebrate the 90th birthday of legendary jazz guitarist Bucky Pizzarelli who has become a regular fixture at the annual festival. In addition, many of the artists will pay tribute to the late Rusty Paul, the bass-playing son of the great Les Paul. Rusty passed away in January after a long illness and had a special relationship with the festival.

This year’s festival begins at noon with the George Gee Swing Orchestra, considered by jazz fans and critics to be one of the best swing bands in the country. Under the leadership of George Gee, the band has many top-flight jazz musicians including vocalists John Dokes and Hilary Gardner, saxophonist Michael Hashim, trumpeter Freddie Hendrix and bassist Marcus McLaurine among others.

At two o’clock, legendary guitarist Bucky Pizzarelli returns to the stage with his quartet featuring his long-time partner Ed Laub on guitar, his number two son Martin on bass and the always popular Aaron Weinstein on violin. This year marks Bucky’s 90th birthday which the festival will celebrate.

Then at four, thanks to the law firm of Sherman Wells, the festival is proud to present Louis Prima Jr. and the Witnesses playing the music of his incomparable father, including such hits as “Jump Jive ‘an Wail, ” “Just a Gigilo, ” and “Sing Sing Sing.” As the executor of the Louis Prima Foundation, Sherman Wells works closely with the Prima Family and has made it possible for the festival to present this tribute set.

At six o’clock, the music turns the blues with guitar prodigy Quinn Sullivan and his band. Sullivan has been mentored by the legendary Buddy Guy and at the age of 16 is considered one of the best of the new generation of blues artists. He exploded onto the national scene at the age of seven and this summer will be touring the United States, Canada and Europe.

The full day of music concludes with the sensational pedal steel guitarist Robert Randolph and his Family Band. Robert considers Morristown his hometown and visits often when not touring around the world. Rolling Stone Magazine named him one of the Top Greatest Guitarists of All Time.

Festival co-producer Linda Smith is pleased to have Robert Randolph as this year’s headliner. “Robert has wanted to give back to his hometown and so he was an obvious choice to close out the festival, ” she said. “Not only is he extremely popular, but he leads one of the world’s best party bands and will have everyone up and dancing with their opening song. His friendship with our good friend Rusty Paul who passed away in January makes the tribute to Les Paul’s son even more special.”

Mayor Tim Dougherty, who initiated the festival in 2011, added “This year’s festival celebrates Bucky Pizzarelli’s birthday and we are honored to have him as a regular performer for this mid-August tradition. With great jazz in the afternoon and hot blues in the evening, there is something for everyone’s tastes and it’s a day to look forward to. We are so grateful to our generous sponsors for making this incredible festival possible.

The Morristown Jazz & Blues Festival will take place on the Green in Morristown rain or shine from noon until 10:00 p.m. Admission is free and many local restaurants will be offering specials for festival attendees. Bring your lawn chairs and blankets.