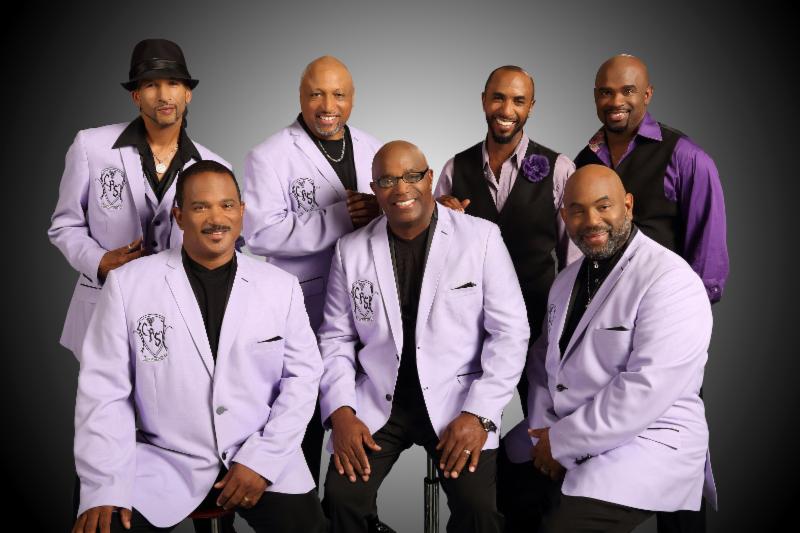 ConFunkShun is a star-quality attraction delivering a superb, high-energy show with electrifying choreography, glistening six-part vocal harmonies, and a dash of humor. They are, unquestionably, among the heroes of funk music, with romantic ballads and dance-party hits galore. Memorable melodies, inventive horn arrangements, and clav-guitar woven grooves make the group absolutely essential to the evolution of funk.

In their formative years, they started in their hometown of Vallejo, CA. The band wound up in Memphis in the mid-70’s when they landed a lucky gig backing the Soul Children, a red-hot Stax act. After the Soul Children back-up gig, the group adopted a new name inspired from a Nite-Liters song: ConFunkShun. After the newly re-named act attracted the attention of Mercury Records, they soon set funkateers around the world on fire with their 1977 hit “Sho’ Feels Good To Me”.

For the next several years, they charted four consecutive Gold’s and one Platinum album. Their 20 hit singles included 8 Top Ten R&B Hits and one #1 R&B smash between 1977-’86. It was at this time that the band formally disbanded. This was not to be a long hiatus, however, and in the band famously reunited in the early 1990s, thanks to a renaissance in the listenership of their music.

With finesse and consistency, they legitimized what came following them: high profile, commercial explosions featuring their hits in countless rap/hip-hop samples. This exposed them to a whole new generation of potential. This enthusiasm is what encored the band back to the stage. Re-releases, live recordings, innovative hip-hop samples, and even some new tracks appeared all throughout the 1990s, 2000s, and 2010s.

All this time, members such as Felton Pilate and Michael Cooper have had prolific careers outside of the band as producers and solo artists. Pilate, Cooper, and co-founder Karl Fuller are the three original members that continue to tour as ConFunkShun. In 2014, the band received a Lifetime Achievement Award from the National R&B Music Society. The next year, they released their twelfth studio album, More Than Love, their first studio album in almost 30 years. Two years later, in 2017, the band celebrated their 45th anniversary as a band. They continue to sell out venues and are still as vivacious as ever. www.confunkshunusa.com