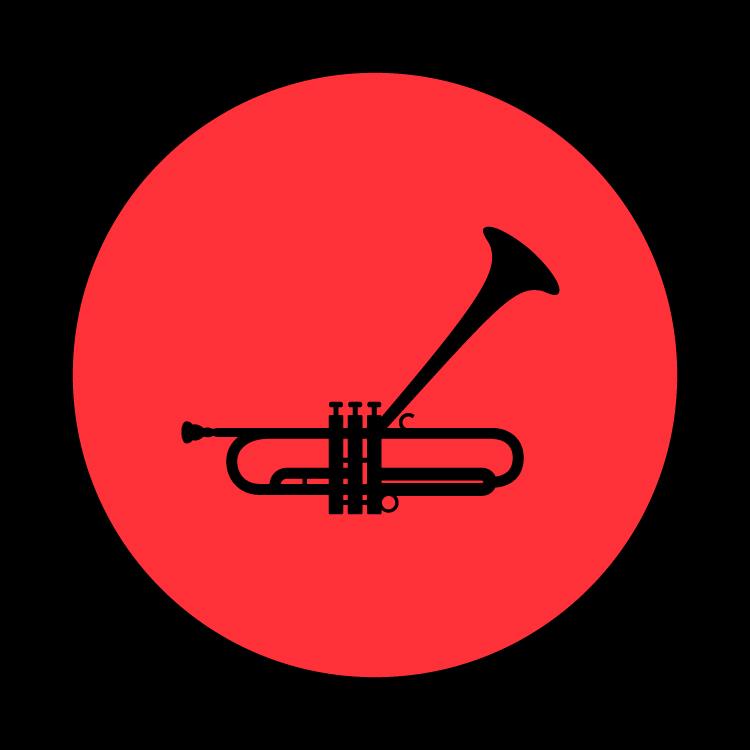 New York, NY (December 1, 2017) – Dizzy’s Club Coca-Cola kicks off the new year with a showcase of jazz from around the world, featuring artists and music traditions from Azerbaijan, Brazil, Cuba, France, Russia, and beyond. The Latvian Radio Big Band (January 8) will exemplify the long tradition of radio big bands in Europe. Cuban-born and New York-based percussionist Pedrito Martinez will lead four nights of Afro-Cuban jazz, first with pianist Alberto Rodriguez (January 11-12), and then with his Pedrito Martinez Group (January 13-14). Rhoda Scott (January 15) and Igor Butman (January 16-20) will highlight the jazz traditions of France and Russia, respectively. The month will end with Nilson Matta (January 25-28) sharing the Brazilian Voyage, followed by Azerbaijan-born New Yorker Amina Figarova, internationally acclaimed composer, pianist, and bandleader, with her sextet (January 29).

GHOST TRAIN ORCHESTRA
Book of Rhapsodies Vol. II Album Release
January 2 | 7:30pm & 9:30pm
Brooklyn’s own “little big band,” the Ghost Train Orchestra, recently brought the house down in a single set during the Hot Jazz Festival at Dizzy’s. They’re back to celebrate their brand new record, Book of Rhapsodies Vol. II. It is a characteristically adventurous album featuring unpredictable, modernistic re-imaginings of some strange, beautiful, and almost-forgotten musical gems from late-1930s New York. Decades before Gunther Schuller coined the term “Third Stream,” New York was the epicenter of a new movement of composers whose work existed outside the margins of “jazz” or “classical” music. Under Brian Carpenter’s inspired leadership, the Ghost Train Orchestra takes this evocative material and transforms it into a fun, widely accessible and highly entertaining chamber jazz experience.
Cover: $35
Students: $20

LARRY WILLIS & HEAVY BLUE
January 3–4 | 7:30pm & 9:30pm
Pianist Larry Willis has performed or recorded with almost every great jazz musician of the modern era, including Dizzy Gillespie, Lee Morgan, Woody Shaw, Art Blakey, Joe Henderson, Cannonball and Nat Adderley, and Stan Getz. Willis first recorded at age 19 with Jackie McLean, and he has since been featured on over 300 albums. Willis played piano for Blood, Sweat & Tears for seven years, performed as a student under the direction of Leonard Bernstein, and his diverse list of accomplishments continues to grow to this day. Heavy Blue, Willis’ latest all-star group, will be performing on the Dizzy’s Club Coca-Cola stage for the first time tonight.
Cover: Wed $30 / Thurs $40
Students: $20

LATVIAN RADIO BIG BAND
January 8 | 7:30pm & 9:30pm
The Latvian Radio Big Band was originally founded in the 1960s, but only recently did it return to the bandstand after a 16-year hiatus. This reborn big band has swiftly achieved international acclaim, performing and recording with the likes of Kurt Elling, Roberta Gamabarini, Jojo Mayer, Seamus Blake, New York Voices, and Randy Brecker. The group harkens back to a long tradition of radio big bands in Europe, presenting a broad range of music styles as arranged for a jazz-oriented orchestra. Swing by Dizzy’s Club for an up-close look at how it’s done in Latvia, and hear why this new iteration of the band is garnering attention worldwide.
Cover: Wed $30 / Thurs $40
Students: $20

LEE KONITZ AT 90
January 9–10 | 7:30pm & 9:30pm
90-year-old Lee Konitz is a singular saxophonist whom The New York Times calls a “certifiable jazz legend, with peerless high-modernist credentials and integrity equal to his talent.” Konitz has worked with the top contemporary artists of the time since the 1940s, such as Miles Davis (with whom he famously recorded The Birth of the Cool), Stan Kenton, Gerry Mulligan, Elvin Jones, Charles Mingus, Dave Brubeck, and Ornette Coleman, amongst others. Konitz is an iconoclastic composer and bandleader, but he is most respected for his improvisational prowess and honesty. He creates captivating music in any context, from solo performance to big band, and his solos are a model of true spontaneity, laser-sharp focus, and authentic interactivity. He will be joined by some of his recent collaborators for these performances, including pianist and music director Dan Tepfer.
Cover: Tues $40 / Wed $30
Students: $20

PEDRITO MARTINEZ & ALFREDO RODRIGUEZ
January 11–12 | 7:30pm & 9:30pm
“Pedrito is a genius… working with him has been a revelation to me.” – Wynton Marsalis
Pedrito Martinez is a master percussionist. As a bandleader, he is an essential voice in the evolving tradition of Afro-Cuban music and jazz, and as a collaborator, he has recorded and performed with such artists as Eddie Palmieri, Paul Simon, Wynton Marsalis, Paquito D’Rivera, and super-group Nuevo Jazz Latino. Martinez also recorded on Cuban pianist Alfredo Rodriguez’ critically acclaimed The Invasion Parade in 2014, but the pair didn’t perform in concert together until early 2017. These two virtuosos now reunite at Dizzy’s, offering a high-octane “Cuban-born, New York-based” brand of modern Latin jazz.
Cover: $40
Students: $25

PEDRITO MARTINEZ GROUP
January 13–14 | 7:30pm & 9:30pm
“The Pedrito Martinez Group is writing a new chapter in Cuban music history” – NPR
Cuban-born and New York-based Pedrito Martinez is a master percussionist and an irrepressible bandleader. He has recorded or performed with such artists as Eddie Palmieri, Paul Simon, and Paquito D’Rivera, and his own group has become an essential voice in the evolving tradition of Afro-Cuban music and jazz. Though the group possesses a rare level of virtuosity, it never gets in the way of their ability to get a room moving. Martinez is also a member of the extremely popular and frequently sold-out Nuevo Jazz Latino program at Jazz at Lincoln Center. Don’t miss this rare Dizzy’s Club appearance by Martinez’ own group!
Cover: Sat $45 / Sun $35
Students: $25

RHODA SCOTT LADY QUARTET
Co-presented by the French Quarter Festival 2018
January 15 | 7:30pm & 9:30pm
New Jersey-born organ legend Rhoda Scott lived in Paris for 43 years, after being discovered in Harlem by a French talent scout and record producer. Across borders, this 73-year-old veteran is now one of jazz’s most celebrated organists, and her Lady Quartet is a funky, groove-heavy unit that highlights some of France’s most significant jazzwomen. The group was founded in 2007 at Paris’ famed Sunset Jazz Club, and we’re looking forward to having them at Dizzy’s for a performance co-presented with the French Quarter Festival 2018. The “barefoot lady” is here for one night only, so stop by for a fun evening of B3-Hammond organ tunes.
Cover: $35
Students: $20

BENNY BENACK III
One of a Kind Album Release Party
January 21 | 7:30pm & 9:30pm
Dual-threat trumpeter and singer Benny Benack III celebrates the release of his debut album, One of a Kind. The multi-talented 26-year-old approached this project with a goal of presenting as many sides of his talents and interests as possible, and audiences will experience that broad musical range tonight. From fast bop burners to slow ballads, Benack is a gifted soloist, a charismatic crooner, and a whole lot in between. He recently performed at Dizzy’s Club several times as a trumpeter with the New Century Jazz Quintet and Big Band, and he was a featured singer in Body & Soul: America’s Unforgettable Crooners in The Appel Room. Tonight’s album release show—his first as a Jazz at Lincoln Center headliner—is a great opportunity for Benack to bring those two worlds together onstage. He’s always in first-rate musical company (as you’ll hear on the album), and his group at Dizzy’s is sure to be no different.
Cover: $35
Students: $20

ELLIOT MASON
Before, Now and After Album Release Celebration
January 23–24 | 7:30pm & 9:30pm
Trombonist Elliot Mason is a leading voice on his instrument and a member of the Jazz at Lincoln Center Orchestra with Wynton Marsalis (JLCO). Tonight’s performance celebrates the release of his debut solo album as a leader, Before, Now and After. As the title suggests, the record reflects on Mason’s most important musical influences, while adding a fresh vision and 21st century insight to them. This takes shape in several ways; in addition to brand new compositions “embodying emotions from favorite recordings,” he also explores specific compositions by John Coltrane, Duke Ellington, McCoy Tyner, Lee Morgan, Antonio Carlos Jobim, and Juan Tizol, among others. In each case, he borrows a key component from the original while exploring other aspects of the piece with a new perspective. Sometimes this means preserving the original melody while broadening the soundscape, whereas on other tunes he’ll keep elements of the song’s foundation and write entirely new melodies. There’s always some extra energy at Dizzy’s Club when a JLCO member is playing, and Mason’s list of guest artists will bring this show to the next level.
Cover: Tues $35 / Wed $30
Students: $20

NILSON MATTA’S BRAZILIAN VOYAGE
January 25–28 | 7:30pm & 9:30pm
Nilson Matta is well known as the world-class bassist of Trio da Paz, but his solo career as a composer and bandleader is equally noteworthy. His albums are thoughtful aural masterpieces featuring lush harmonies and contemporary Brazilian rhythms. “Brazilian Voyage” is an apt title for tonight’s performance, as Matta’s expert knowledge of Brazilian jazz unfolds as a varied journey through the music’s traditions and contemporary explorations, demonstrating an evolution in which he continues to play a major role.
Cover: Thur $40 / Fri, Sat $45 / Sun $35
Students: $25

MONDAY NIGHTS WITH WBGO: AMINA FIGAROVA SEXTET
January 29 | 7:30pm & 9:30pm
“Among the most important composers to come into jazz in the new millennium” –JazzTimes
Hailing from Azerbaijan, the New York-based Amina Figarova is an internationally influenced—and recognized—composer, pianist, and bandleader. Those three roles come to the forefront in Figarova’s sextets—bands with a remarkable chemistry that brings her detailed arrangements to life. Every member of the group stands out as a first-rate individual, but their dedication to Figarova’s eclectic and powerful compositions gives this group its depth of feeling and elite status. The Amina Figarova Sextet has been a hit at major festivals like the Newport Jazz Festival and New Orleans Jazz and Heritage Festival, and it’s always a treat to have Figarova back in this intimate venue.
Cover: $30
Students: $15

Live webcast and artist interview with WBGO host Rhonda Hamilton will begin at 7:15pm EST on jazz.org/live.
WBGO is proud to partner once again with Dizzy’s Club Coca-Cola on Monday Nights with WBGO. The series features talented new artists as well as groups from some of the area’s great college jazz programs. Each performance is hosted by WBGO announcer Rhonda Hamilton.

JEREMY PELT QUINTET CD RELEASE
January 30–31 | 7:30pm & 9:30pm
Trumpeter and composer Jeremy Pelt is a veteran bandleader who releases top-notch albums with rare frequency. Pelt works expertly within multiple jazz traditions, but he also subtly experiments with the boundaries and nuances of those traditions from record to record, further developing his distinctive and gradually expanding musical vision. Tonight’s performance celebrates the release of Pelt’s latest album, Noir en Rouge (recorded live in Paris), featuring the same outstanding lineup heard on his previous record, Makes Noise!, just one year ago. The group plays a broad range of swinging, soulful jazz imbued with Afro-Latin influences, and this album release show is an easy recommendation for anyone into both classic and contemporary jazz.
Cover: Tues $35 / Wed $30
Students: $20

JANUARY 2018 LATE NIGHT SESSIONS LINEUP:
Doors open at 11:15pm every Tuesday through Saturday for the Late Night Sessions featuring some of the most talented up and coming jazz artists, with jam sessions on Thursdays and Saturdays hosted by Julian Lee.

Many of Jazz at Lincoln Center’s concerts stream live in high-definition audio and video for free to a global audience. The concerts will also be available on Livestream’s mobile and connected TV applications with real-time DVR, chat, photos and other materials available to fans worldwide at jazz.org/live.