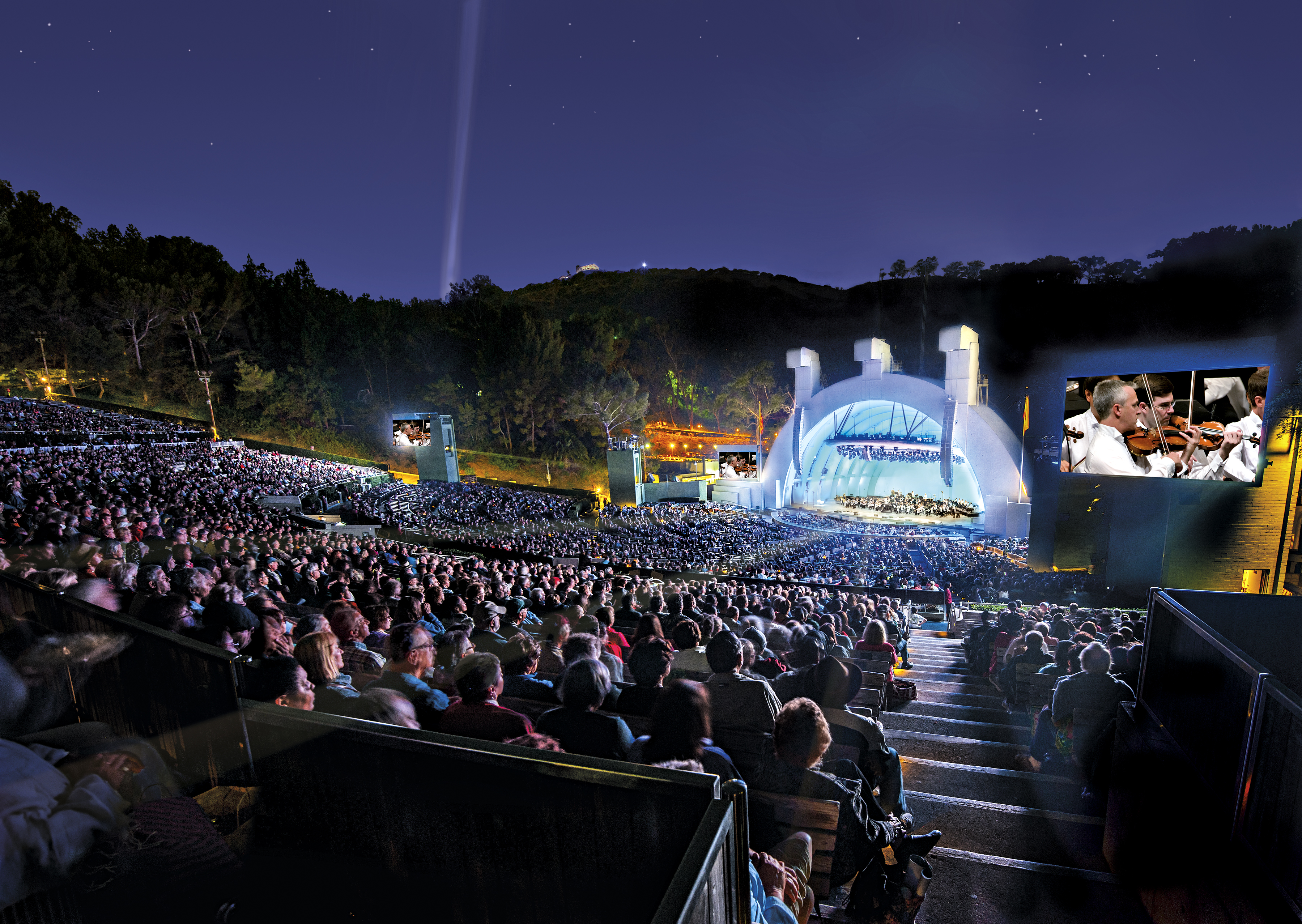 Los Angeles, CA (July 6, 2017) – The Los Angeles Philharmonic’s Jazz at the Bowl series for 2017 presents a diverse array of both celebrated and emerging artists representing the ever-evolving genre. Guided by the LA Phil’s Creative Chair for Jazz Herbie Hancock, the series will take place over eight Wednesday evenings throughout the summer from July 19 to September 13.

Known for taking two forgotten genres, rockabilly & swing, and adding his own blend of gunpowder and rockin’ style, three-time Grammy®-winner Brian Setzer and his orchestra will celebrate their 25th anniversary with a landmark show on August 2. Opening the evening will be JD McPherson, resurrecting old-school rock ‘n’ roll.

On August 9, Latin Grammy®-winning Gente de Zona will take the stage with their infectious mix of reggaetón with traditional Cuban styles for an exuberant party complete with dancers, horns and more. “Africa’s premier diva” Angélique Kidjo will bring her eclectic mix and the sounds of Cuban salsa, and Grammy® nominee Pedrito Martinez and his group will open with their celebrated blend of Latin jazz and world influences.

On August 23, Oscar- and multiple Grammy®-winning pianist and LA Phil’s own Creative Chair for Jazz Herbie Hancock, who continues to re-imagine jazz, will bring his newest mind-blowing explorations to life with his amazing new band. L.A. native Kamasi Washington will return to the Hollywood Bowl stage with his decidedly contemporary musical approach and stunning live performance style, which has brought the legacy of 20th-century jazz to a new generation.

On September 13, Rock and Roll Hall of Fame inductee and rhythm & blues multi-instrumentalist Steve Winwood will dig deep into his treasure trove of ’60s British rock classics, as well as his hits “When You See a Chance” and “Back in the High Life” and other vintage gems. 2016 Kennedy Center Honoree Mavis Staples (“I’ll Take You There,” “Respect Yourself,” and more) promises a joyful, spiritual opening set of unmatched gospel and rhythm & blues masterpieces.
ONGOING EXHIBITION: The Hollywood Bowl Museum recently unveiled a new exhibition, Summer Nights: Jazz at the Bowl, which traces the history of jazz performance at the Hollywood Bowl from the earliest days of the swing era through today. With a selection of audio recordings from the Los Angeles Philharmonic archives, this exhibition showcases the instrumental, solo and festival manifestations of the genre. Summer Nights: Jazz at the Bowl is on view until June 2019.