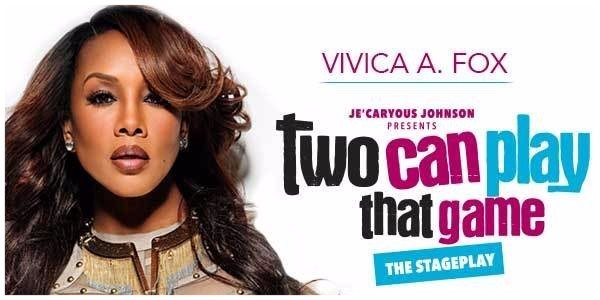 Los Angeles, CA (August 10, 2017) – The original movie was met with rave reviews, instantly becoming a fan favorite and ultimately a cult classic. Over the years, the media has lauded it a “turning point in movie history” and a “game changer.” It is the movie “Two Can Play That Game.” It was also hailed as “opening the door for a generation of black entertainers” including Academy Award winning actress Mo’Nique, heartthrob Morris Chestnut, Grammy Award Winning Artist Bobby Brown and TV and movie stars Vivica A. Fox, Anthony Anderson and Gabrielle Union, who all starred in the original movie and have gone on to achieve great success in their careers. Now, an adaptation of the hit movie will be hitting the stage and touring across the country.

“Two Can Play That Game” was released in theatres nationwide on September 7, 2001 and written and directed by Mark A. Brown. Award-winning playwright and director Je’Caryous Johnson will now be adapting the movie for the stage. Johnson will also be directing the production and serving as Executive Producer.

Je’Caryous Johnson shot to national theatre prominence when he began turning the novels of popular African-American authors into hit stage plays, among them Eric Jerome Dickey’s “Friends & Lovers” and “Cheaters.” Johnson maintained his streak of stage successes with original stories like “Men, Money, & Gold Diggers” and “Cheaper to Keep Her.” Johnson will continue to expand his brand and reach and also bring his dedicated fans something new and exciting through this stage version of “Two Can Play That Game.” Johnson’s most recent play, “Married But Single” and its sequel “Married But Single Too” starring LisaRaye and Bill Bellamy sold out in theatres from coast to coast.

Staying true to one of the main elements that made “Two Can Play That Game” such a huge success was Johnson’s casting of actress Vivica A. Fox to reprise her role as the beautiful and savvy relationship guru Shante Smith and star in the stage version of the show. Fans will get the real low down on everyday rules to relationships between men and women. 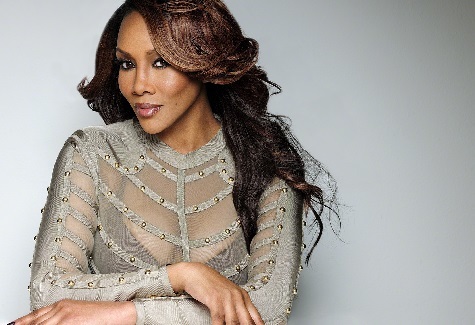 VIVICA A. FOX
Photo Courtesy of It Is Done Communications

“Audiences across the country will be able to relive what made this movie unforgettable with the casting of Vivica A. Fox,” said Johnson. “I couldn’t be more thrilled to have her stamp of approval and vote of confidence in bringing such a beloved and fun tale back to life with her leading the way like she did originally.”

The tour will kick off on October 13th – 14th in Memphis, TN at The Cannon Center for the Performing Arts, followed by stops in St. Louis, MO at The Peabody Opera House on October 15th, Playhouse Square’s State Theatre in Cleveland, OH on October 22nd, LA’s Orpheum Theatre on October 27th – 28th, Long Beach’s Terrace Theatre on October 29th and Washington, DC’s Warner Theatre on November 10th – 12th. Tickets Go On Sale For Markets Listed on today, Friday, August 11th. Additional tour casting will be announced in the coming weeks, as well as additional tour markets.

Undoubtedly, Vivica A. Fox is one of the most recognizable and revered stars in Hollywood. From roles in the blockbuster “Independence Day” films to even her current recurring role on the FOX hit television series “Empire” Fox is a TV and movie superstar that continues to make her presence and mark known. Fox began her professional acting career with roles on the daytime television soap operas Days of Our Lives and Generations. She later moved to prime time, starring opposite Patti LaBelle in the NBC sitcom, “Out All Night.” The entertainment world was never the same after she entered it. Since then, Fox has appeared in more than 100 films, including F. Gary Gray’s “Set It Off” and Quentin Tarantino’s “Kill Bill.”

“Bringing ‘Two Can Play That Game’ to the stage is going to be EPIC,” said Fox. “I want fans to laugh and cry and high five and also learn some new dating rules when they come to see it. “

In “Two Can Play That Game” the stage play, Je’Caryous Johnson will hold true to the story that fans fell in love with 16 years ago with some new twists and turns to the plot. When it comes to matters of the heart, Shante Smith (Vivica A. Fox) is so adept at navigating the waters of romance that her girlfriends look to her for relationship advice. But soon, Shante’s own relationship becomes the example when her boyfriend, Keith, is caught red-handed stepping out with his co-worker and her archrival, Conny. However, when Shante institutes a plan full of tricks and games to get Keith to act right, he, with the help of his friend Tony, fire back with a quickness, letting Shante know that “Two Can Play That Game”. So, whether you call it a “Battle of the Sexes” or “Love and War,” “Two Can Play That Game” explores the rules of dating in a hilarious way and displays how men and women relate or don’t relate to each other.

This doesn’t mark the first time the dynamic duo of Fox and Johnson has teamed up together. They previously brought their winning combination to the stage when Fox starred in Johnson’s hit stage plays “Whatever She Wants,” alongside Boris Kodjoe and Richard Roundtree in 2007 and “Cheaper To Keep Her” with Brian McKnight in 2010.

“I’m so excited to team back up with Je’Caryous Johnson,” exclaimed Fox. “This is going to be an incredible ride as we take our fans on this fun journey of the crazy world of dating.”

One of the distinctive features that made the movie so memorable was, not only its hilarious, no holds barred look at the everyday world of dating, but also the breaking of the fourth wall. Just like in the original movie, Johnson will have Fox breaking the fourth wall and fully engaging her fans from coast to coast.

“It’s vital for fans to see various forms of our stories,” added Fox. “A live play adaptation of a film is even more exciting than watching an edited glossy film at the movies. Fans get to see their favorite stars right there in front of them where they can feel them and just reach out and touch them.”

It Is Done Communications