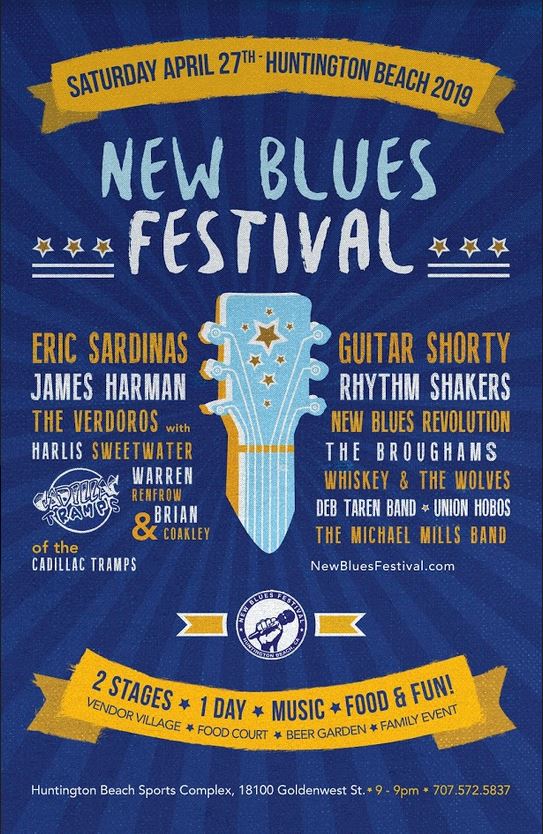 The Huntington Beach New Blues Festival is presented in conjunction with the Long Beach Blues Society “Preserve the Past, Promote the Future.”

A Few of This Year’s Main Stage Headliners…

Eric Sardinas: Blues-rock slide guitar ace known for his mastery of the electric resonator guitar and searing live performances including lighting his guitar on fire onstage while soloing….began playing guitar at age six and leaned toward vintage recordings Delta bluesmen Charlie Patton, Bukka White, Big Bill Broonzy, Elmore James, and Muddy Waters…originally played left-handed, but switched to right-handed…moved around the country, landing in Los Angeles in 1990… like early bluesmen, played acoustic for a living on the street, then formed the Eric Sardinas Project (ESP), hooking up with bassist Paul Loranger at a jam session….Blues discoverer Dick Shurman produced Sardinas’ 1999 debut, Treat Me Right… in 2002, Sardinas was featured on Hey Bo Diddley – A Tribute!, performing the song “Ride On Josephine”…signed to Steve Vai’s Favored Nations label and was opening act for Vai’s ‘Real Illusions’ Tour…also released Eric Sardinas and Big Motor on Favored Nations…extremely popular in Europe and Germany…performs as a trio. 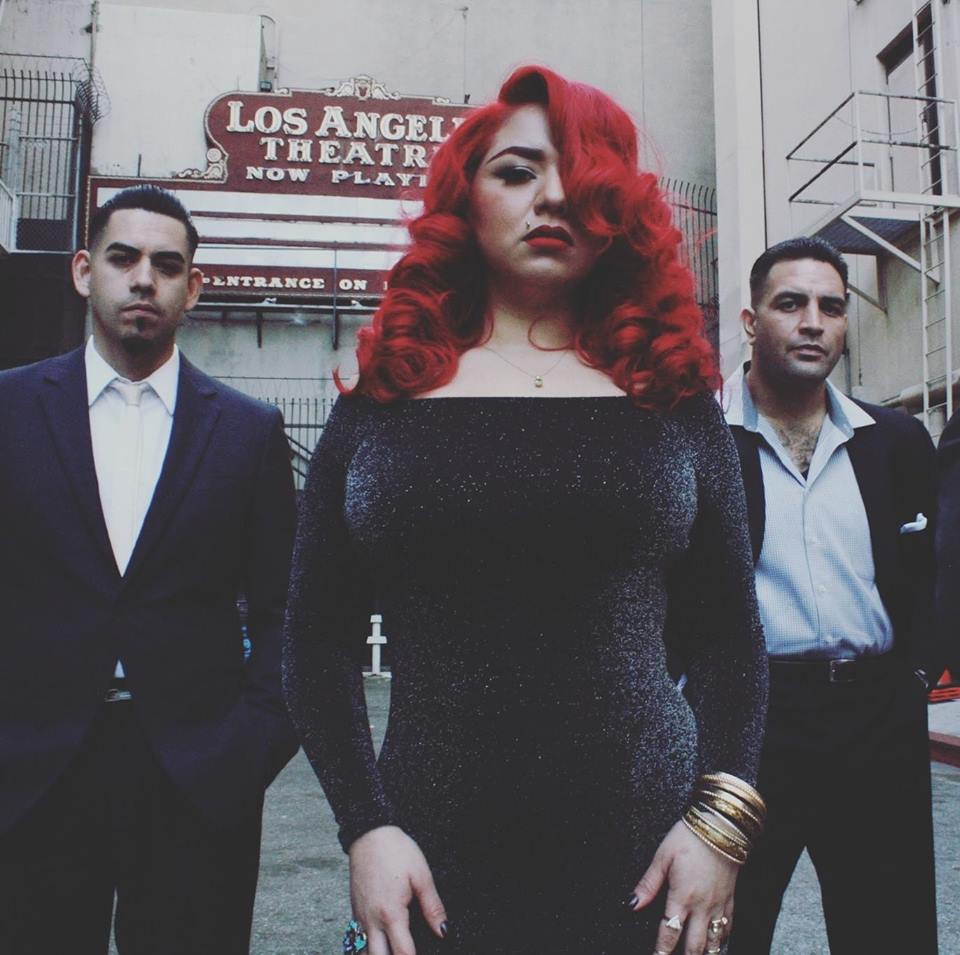 Rockabilly via The Rhythm Shakers at the HB New Blues Festival on April 27.

The Rhythm Shakers: Red hair flailing and double bass pounding, Marlene Perez of the Rhythm Shakers closes out another show in Los Angeles…ripping wails and howling vocals rocketed from her torso, reminiscent of Tina Turner and Amy Winehouse…The Rhythm Shakers brilliantly gell a late 50’s rock and roll/rockabilly sound… bassist Victor Mendez and drummer Brook Emelio weave a spider web of rhythm, both straight forward and head bobbing, yet technical and algorithmic…guitarist Kevin O’Leary (also front man of The Reckless Ones), embodies the genre while firing creative and precise guitar lines …have traveled the world playing Sjock Festival (Belgium), High Rockabilly (Spain), The Rockabilly Rave (U.K.) and Viva Las Vegas….at their core, have the look and sound of a late 50’s/early 60’s rock and roll band while encompassing the most interesting sounds of 60’s soul, blues and modern music. 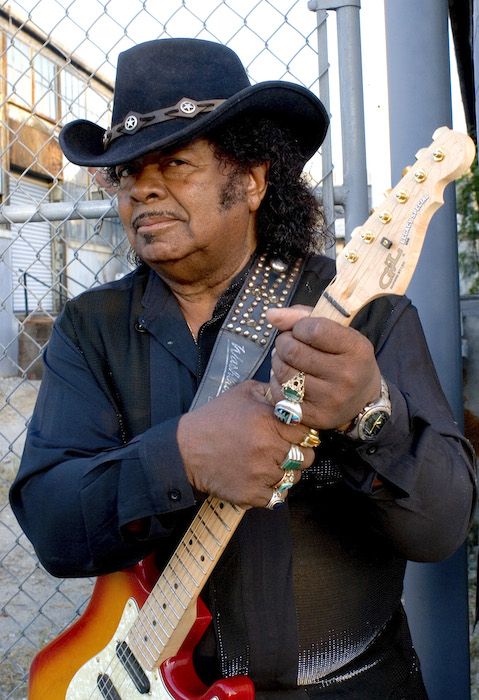 Legendary Guitar Shorty is a Headliner at the HB New Blues Festival April 27.

Guitar Shorty: Legendary guitarist/vocalist is a giant in the blues world…credited with influencing both Jimi Hendrix and Buddy Guy… has been electrifying audiences for over five decades with his super-charged live shows and incendiary recordings…like a bare-knuckled boxer, Shorty strikes with his blistering, physical guitar playing and fierce vocals, connecting directly with body and soul…what really sets Shorty apart is his unpredictable, off-the-wall guitar playing… reaches for sounds, riffs and licks that other blues players wouldn’t even think of…Amazon.com says his guitar work “sounds like a caged tiger before feeding time…his molten guitar pours his psychedelicized solos like lava over anything in his path”…Chicago Reader declares, “Guitar Shorty is a battle-scarred hard-ass; slices off his phrases and notes with homicidal fury…among the highest-energy blues entertainers on the scene.”

Whiskey & the Wolves: Since its inception, this Santa Ana, California-based rock & roll band has been an ever-evolving project. Founded by three close friends jamming over a bottle of Bulleit Bourbon, Whisky & the Wolves is steeped in whiskey and blues and full of honesty and attitude…now distilled and hungry, the OC quintet takes its first steps…”we aren’t here to bullshit you, we want to play you our stripped-to-the-emotions brand of rock & roll…if it resonates with you the way it does us, if the aether pulls you into that warm embrace, then that is what we want to do…f*** it, we’ll do it live”…their debut album “Fenrir” is now available…The Wolves are coming!

“Los Angeles and Orange Counties have responded very well to the (New Blues Festival) concept. We definitely hit on a pent-up demand for a long-running inter-generational tradition, and we are excited to once again share all this great music with the public”, says William Grisolia, Producer and Founder of the New Blues Festival.