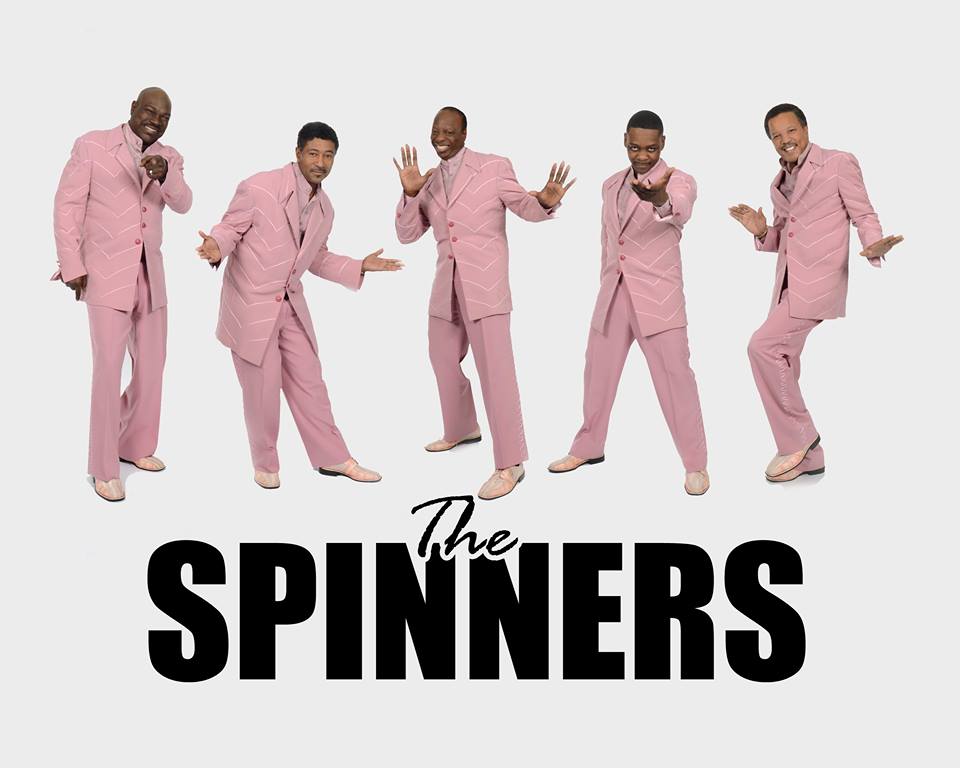 Most often thought of as a Motown recording act, the classic group sound of legendary R&B recording artists The Spinners has never lost its universal appeal. Throughout the years they have sold millions of records and topped both the Pop and R&B charts with smash hits like “I’ll Be Around” and “Then Came You.” Today, original member Henry Fambrough is joined on stage by lead singer Charlton Washington, high tenor Marvin Taylor, tenor Ronnie Moss, and bass singer Jessie Peck; a soul-infused 5-piece band, led by Keith Ferguson, backs them up.

After a brief time at Motown, The Spinners signed to Atlantic Records in 1972. There, The Spinners charted five top 100 singles (and two top tens), and went on to become one of the biggest soul groups of the 1970s. A partial list of their hit singles on Atlantic include “Mighty Love,” “Then Came You,” “I’ll Be Around,” “One Of A Kind (Love Affair),” “Games People Play,” and “Could It Be.” In 1979, The Spinners completed their first collaboration with producer Michael Zager, and by early 1980, the single, “Working My Way Back to You,” was topping Pop and R&B charts giving the group its 12th gold record.

With the release of Can’t Shake This Feeling, their fourth LP in just over two years, the quintet entered a brand new phase of their remarkable career as they joined the award winning producing/writing/playing team of James Mtume and Reggie Lucas. Other past releases include songs on the motion picture soundtracks of Twins and Spaceballs, and a single on Arista Records with Dionne Warwick entitled “Then Came You.”

The Spinners have six Grammy nominations and have performed twice during the awards ceremony. Inducted into the Vocal Group Hall of Fame in 1999, they have also been awarded the Rhythm and Blues Foundation Award for their contribution to the genre. The group has performed for presidents, received a star on the Hollywood “Walk of Fame,” and has appeared in numerous network and cable television specials paying tribute to the music of the 70’s.

In September 2011, 57 years after forming in Detroit and 50 years after That’s What Girls Are Made For, the group was announced as one of 15 final nominees for the Rock & Roll Hall of Fame, their first nomination.

Today, this legendary R&B group maintains an active touring schedule, performing for fans of all ages in sold out houses around the world. https://www.facebook.com/TheMightySpinners/