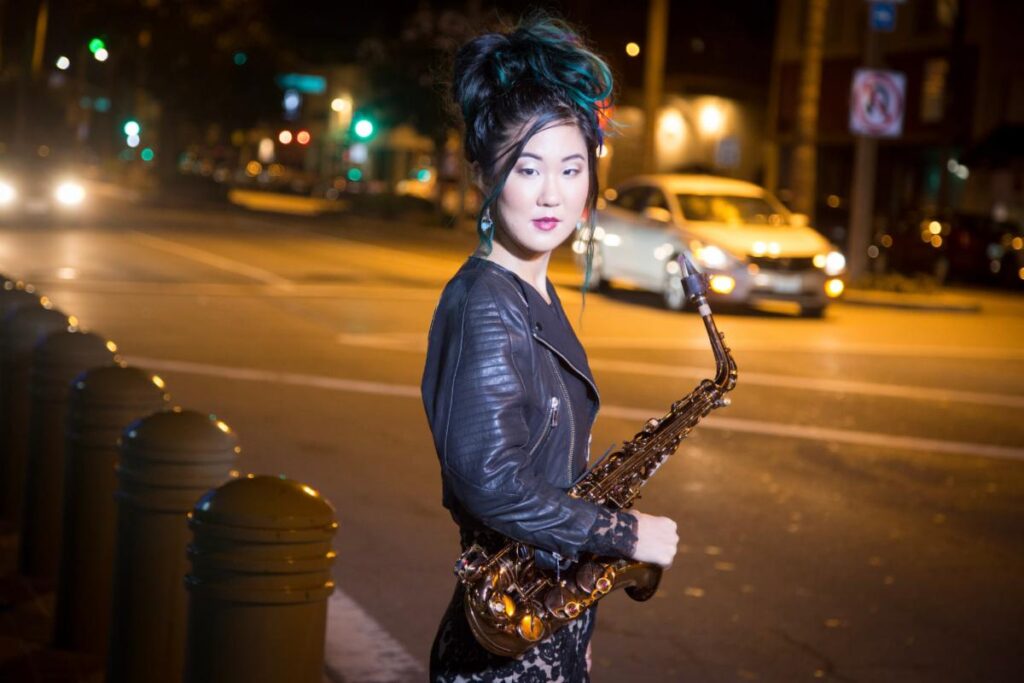 BOSTON LANDMARKS ORCHESTRA ANNOUNCES “SHE’S THE FIRST,” A CONCERT CELEBRATING THE CENTENNIAL OF THE
19TH AMENDMENT WOMEN’S RIGHT TO VOTE
LIVE STREAMED ON AUGUST 18, 2020,
THE 100TH ANNIVERSARY OF THE AMENDMENT’S RATIFICATION

Boston, MA — Boston Landmarks Orchestra (LO) announces “She’s The First,” a concert celebrating the Centennial of the 19th Amendment, which guaranteed and protected women’s constitutional right to vote. The concert, comprised entirely of music written by women, will be live streamed for free on the 100th Anniversary of the Amendment’s ratification, August 18, 2020 at 7pm ET. Boston native, singer-saxophonist-composer Grace Kelly,hosts and performsin the concert conducted by Music Director Christopher Wilkins and guest conductor Katherine Chan.

Music Director Christopher Wilkins says, “We have been planning a musical commemoration of the ratification of the 19th Amendment for well over a year, and I am absolutely thrilled that our celebration will still happen, albeit online. This program consists entirely of music by women composers of the past and present, and it tells the story of some remarkable women who fought for their rights, and in some cases like Harriet Tubman, for their freedom. The multi-talented Grace Kelly, who was to have been our guest artist at the Hatch Shell, will join us in the studio as soloist, composer, and host, and two sopranos with Boston connections, Synthia Pullum and Brianna J. Robinson will also be featured. And I’m thrilled to welcome my colleague Katherine Chan to the podium as guest conductor. Last month, we had the great pleasure of performing together again in our live-streamed concerts, Simple Gifts and Dances and Delights. Like our previous two programs, She’s the First will take a fresh and spirited approach to what’s possible in live orchestral music making.”

“I am delighted to join Christopher Wilkins and the Boston Landmarks Orchestra for this very special upcoming performance,” says Grace Kelly. “The subject of women’s right to vote and the 19th Amendment is one that speaks straight to my heart and I am honored to be featured as a musical guest and composer paying tribute to these prominent women composers who were true trailblazers of their time. My song “She’s the First” was inspired by acts of courageousness, resilience, and the power of women coming together right now and shaking up the world. I feel the emotional message of this song will be truly elevated with the Landmark Orchestra orchestral arrangement and players. I can’t wait to perform this debut version together!”

Featured works include music by Ethel Smyth, a twentieth-century British composer, suffrage activist, and a champion of women’s rights and female musicians. Her “The March of the Women” became the anthem of the women’s suffrage movement, and will be conducted by Katherine Chan, Director of Choral Activities at Northeastern University. Also featured are works by living American composers Nkeiru Okoye; Francine Trester, Professor at Berklee College of Music; Boston University Alumna Valerie Coleman; and historically significant works by Boston’s own Amy Beach and New England Conservatory of Music graduate Florence Price.

Boston native and Berklee alumna Grace Kelly will perform her original compositions live with the orchestra in the studio, and will appear as in a special video montage performing at historic sites in Boston. Ms. Kelly will also host the concert. Her International Song Competition award-winning song, “She’s the First,” will have its orchestral premiere on this concert, and is the anthem of the non-profit foundation She’s the First, which finds, funds, and supports solutions that not only educate and empower girls but also build up the communities where they are able to flourish. Glamour Magazinecalls the song “the girl-power anthem of our dreams.” Her other composition on the program, “Every Road I Walked,” is the winner of an ASCAP Young Jazz Composer Award and an International Songwriting Competition Award.

Soprano Synthia Pullum will participate from her home in Japan via a pre-recorded video, and Boston soprano Brianna J. Robinson will also sing pre-recorded selections. Both sopranos will be accompanied by the orchestra playing live.

A closed caption version will be released after the performance. More information and an RSVP link for the streaming concert may be found on the Boston Landmarks Orchestra website: landmarksorchestra.org.

About Grace Kelly
Singer, saxophonist, composer, clinician, songwriter (WINNER of the John Lennon “Song of the Year Award” for her song “Feels like Home”) Grace Kelly has enjoyed accolades in The New York Times, CNN.com, Glamour, and Vanity Fairas a millennial shaking up the jazz world.The New York Timespraises Kelly’s “…broad tone and tenacious flow on the alto saxophone, clearly in possession of virtuoso talents… impressive singing voice, flitting among a range of styles.” In 2005, a 12-year-old Kelly released her very first CD, ‘Dreaming.’ Since then, the charismatic performer has rocked the jazz world with sold-out concerts, 13 acclaimed albums, and a resume that includes over 900 stellar performances as a bandleader throughout 35 countries. Kelly has performed at 14 as a soloist with Boston Pops Orchestra performing her original composition, at Barack Obama’s 2009 Inauguration, at the Hollywood Bowl, and on “The Late Show with Stephen Colbert” as part of the house band—all before reaching her mid-twenties. gracekellymusic.com

About Boston Landmarks Orchestra
Boston Landmarks Orchestra was founded in 2001 by conductor and community advocate Charles Ansbacher. The orchestra is comprised of many of the area’s finest professional musicians. In its earliest years, the orchestra performed in such historically important settings as Fenway Park, the USS CONSTITUTION pier, Jamaica Pond, Franklin Park, Copley Square, Boston Common, and other landmark locations. Since 2007, its principal home has been at the DCR’s Hatch Memorial Shell. For more history, visit landmarksorchestra.org.