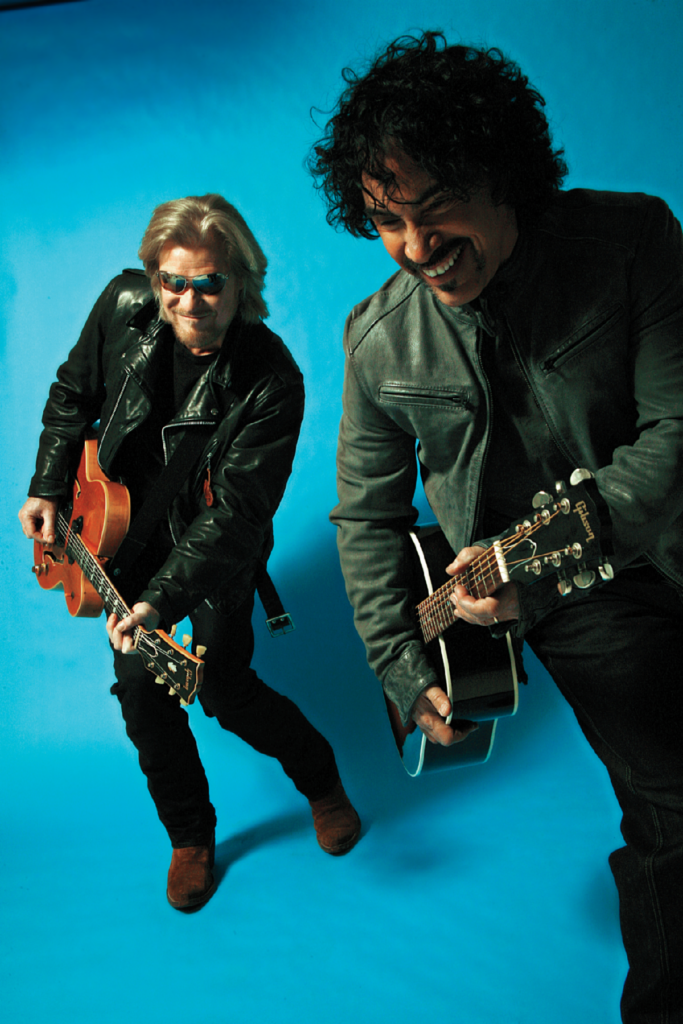 (New York, NY – June 24, 2021): On February 28, 2020, Rock & Roll Hall of Famers Daryl Hall & John Oates were looking ahead to a busy year. That evening they would play a sold out show at NYC’s Madison Square Garden, with a massive nationwide spring and summer tour set to launch the following month. But as March dawned, the world transformed, and within weeks their entire tour had been cancelled. Now, the best-selling duo in music history have rescheduled many of those shows, finalizing a twenty-five date tour produced by Live Nation, launching August 5 in Mansfield, MA, and including the HoagieNation Festival Presented by Daryl Hall and John Oates on August 7 in Philadelphia, an October 1 performance at the legendary Hollywood Bowl in Los Angeles, and much more. Special guests Squeeze and KT Tunstall, who were slated for the 2020 tour, will support in most markets. See below for a full list of dates.

VIP and general tickets for the tour are available now at LiveNation.com
“For a lot of our fans, we may have been the last ticket they bought before lockdown,” says Daryl Hall. “Now we want to be the first show they look forward to as the world reopens.”

“The world needs live music and playing live has been an important part of my life,” adds John Oates. “The fans miss it and I miss it and it’s going to be exciting and emotional to get back on tour again.”

ABOUT DARYL HALL & JOHN OATES
Daryl Hall & John Oates are legends who continue to inspire today’s musical trailblazers. Their influence on multiple generations of musicians and songwriters is perhaps best summarized by SPIN who claimed “Hall and Oates are the new Velvet Underground.” On-the-record fans include: Cameron Crowe, Mark Ronson, Questlove, Adam Sandler, John Mayer, Booker T. Jones, Rob Thomas, Brandon Flowers, Amos Lee, Ben Gibbard and Nick Lowe.
In 1987, the RIAA recognized Daryl Hall & John Oates as the number-one selling duo in music history, a record they hold to this day. In 2003, the legendary duo were inducted into the Songwriters Hall of Fame. In 2008, they were honored at BMI’s Pop Awards with the Icon Award, and in 2014, they were inducted into the Rock and Roll Hall of Fame. In 2016, they together received a star on the Hollywood Walk of Fame.

ABOUT SQUEEZE
Glenn Tilbrook and Chris Difford have been compared to Lennon and McCartney since “Take Me I’m Yours,” their first release in 1978, blasted the band into the forefront of the UK music scene. The legendary duo have since written all of their hits as well as recorded 15 studio albums, 14 compilation albums, four live albums, one extended play and 48 singles. Following their hits including “Tempted,” “Black Coffee in Bed,” “Hourglass,” “Cool For Cats”, “Up The Junction” and “Pulling Mussels From The Shell,” they established themselves as two of the most prolific songwriters of their time with each amassing a wealth of melody-rich earworms over the past four decades as both Squeeze and solo artists. They have also received an Ivor Novello award for Outstanding Contribution to British Music, the Nordoff-Robbins Icon Award and the Mojo Icon Award.

ABOUT KT TUNSTALL
Singer-songwriter, KT Tunstall enchants and engages with every song, and that’s why she continues to resonate not only among fans, but throughout pop culture at large. Scotland born and now Los Angeles based, KT Tunstall emerged with her 2004 classic debut Eye To The Telescope spawning such international hits as “Black Horse and the Cherry Tree” and “Suddenly I See”, which won the Ivor Novello Award for Best Song in 2006. That same year she won her first BRIT Award for Best British Female Artist, and earned Grammy and Mercury Prize nominations in 2007. KT has released six albums internationally, to date: Eye to the Telescope (2004), Drastic Fantastic (2007), Tiger Suit (2010), Invisible Empire // Crescent Moon(2013), KIN (2016) and WAX (2018), cementing her reputation as a major recording talent, as well as a mesmerizing live artist.