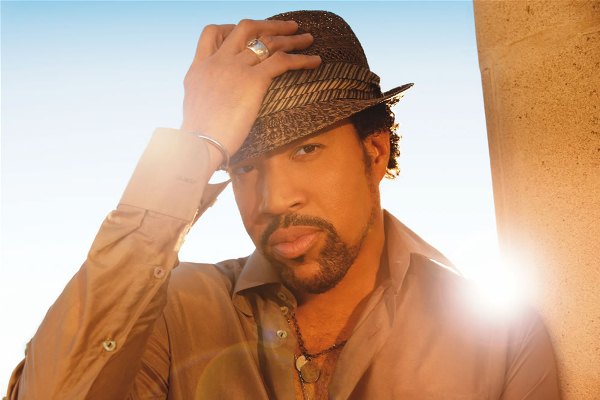 LAS VEGAS, Sept. 16, 2015 /PRNewswire/ — Multi-platinum-selling artist, four-time Grammy® Award winner and music icon, Lionel Richie, will begin his Las Vegas headlining residency show, “Lionel Richie – All the Hits,” inside The AXIS at Planet Hollywood Resort & Casino on Wednesday, April 27, 2016. The show, promoted by Live Nation and Caesars Entertainment, will feature a set list of Lionel’s brightest and best anthems, including “All Night Long,” “Hello,” “Stuck on You,” “Say You, Say Me,” and “Dancing on the Ceiling.”

“I’m so excited to begin my residency at Planet Hollywood,” said Lionel, “I can’t wait to share ‘All the Hits, All Night Long’ with all of my fans – it’s a high energy show that is a perfect match for such a vibrant city!”

Tickets will go on sale to the public on Friday, Sept. 18 at 10 a.m. PT. An exclusive pre-sale for Ticketmaster, Live Nation and Total Rewards members, Caesars Entertainment’s loyalty program, will also be available from 10 a.m. to 10 p.m. PT on Thursday, Sept. 17. The current performance schedule is as follows:

Tickets range in price from $59 to $199 (excluding service charges) and VIP packages will also be available. All shows begin at 8 p.m.

“As one of the world’s best-selling artists of all time, with several #1 records and an unparalleled collection of awards and honors, Lionel Richie is undoubtedly a legendary artist and music icon, and we anxiously look forward to having him join the exciting lineup we have planned for The AXIS next year, further cementing Planet Hollywood’s position as the city’s premier entertainment destination,” said David Hoenemeyer, regional president of Planet Hollywood Resort & Casino.

Lionel has sold more than 100 million albums and is the recipient of countless awards, including four Grammy Awards®, an Academy Award® and a Golden Globe Award. Lionel has also been recognized with some of the world’s most significant honors, including honorary doctorates from Boston College and Tuskegee University, a “Lifetime Achievement Award” from the United Negro College Fund (making him the first recipient to graduate from a UNCF school),and remains an active member of one of the most prestigious fraternities in history, Alpha Phi Alpha. In addition, he won ASCAP’s “Publisher of the Year” and “Lifetime Achievement Award,” as well as 16 American Music Awards, five People’s Choice Awards, A World Music Lifetime Achievement Award, TV Land Icon Award, Germany’s Echo Award for Lifetime Achievement, Hong Kong’s Rojo Award, Goldene Kamera Award, Italy’s San Remo Festival Lifetime Achievement Award, National Academy of Recording Arts & Sciences Governors Award, and more. He received the Peter J. Gomes Humanitarian Award presented at Harvard University. He’s been inducted to both the Songwriters Hall of Fame and the Alabama Music Hall of Fame and knighted in France receiving the Legionnaire Award. Always giving back, his charity work extends from Breast Cancer Research Foundation and Muhammad Ali Parkinson Center to UNICEF and The Art of Elysium. And it was recently announced that he will be honored as the 2016 MusiCares® Person of the Year on Saturday, Feb. 13, 2016, to be held in Los Angeles during GRAMMY® Week two nights prior to the 58th Annual GRAMMY Awards®.

As a member of the Commodores, Lionel developed a groundbreaking style that defied genre categories, penning smashes such as “Three Times A Lady,” “Still,” and “Easy.” After writing “Lady” for Kenny Rogers, and “Endless Love” (which garnered an Academy Award® and a Golden Globe nomination), Motown asked him to do a solo album. The self-titled debut would cement him as a star in his own right and earn him his very first Grammy for the hit “Truly.” The diamond-certified “Album of the Year” winner Can’t Slow Down followed in 1983, giving the world classics such as “All Night Long,” “Penny Lover,” “Stuck On You,” and “Hello.” The next year he performed at the historic 1984 Olympics Closing Ceremony. 1985 saw him join forces with Michael Jackson to write one of most important pop songs in history, “We Are The World,” for USA for Africa and the album We Are The World. That same year “Say You, Say Me” would achieve an Academy Award® and Golden Globe Award for “Best Original Song.” Lionel upped the ante yet again with 1986’s seminal Dancing On The Ceiling, which remains one of his most infectious and incendiary offerings to this day. A decade later in 1996, he began a run of powerful, personal albums that commenced with the Gold-certified Louder Than Words and followed by 1998’s Time and 2000’s Renaissance. Lionel has collaborated with everybody from Lenny Kravitz to Ne-Yo, The-Dream and Akon, as well as some of country music’s biggest names for his 2012 album, Tuskegee. His cultural impact continues to resound as loudly as ever with guest mentor spots twice on NBC’s The Voice, first at the request of Christina Aguilera and most recently for Pharrell. He also did a medley of hits on the finale of 2013’s China Idol, drawing an audience of over 453 million people.

For more information on the show and tickets, visit www.ticketmaster.com/lionel.